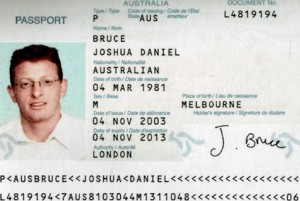 senior Hamas leader in Dubai had been forged by Mossad.

Mahmoud Al-Mabhouh was killed in his hotel room in January by a Mossad hit squad travelling on faked Australian, British, Irish, French and German travel documents.

Al-Mabhouh was a key member of the Al Qassam Brigades, the armed wing of the Palestinian Hamas organisation, living in exile in Syria and sought by Israel for his alleged role in the killing of two captured soldiers.

Among the passports used by the assassination squad were four in the names of Adam Korman, Joshua Bruce, Nicole McCabe and Joshua Krycer, expatriate Australians living in Israel. All have been cleared of any complicity in Al-Mabhouh’s murder.

Australia’s Minister for Foreign Affairs, Stephen Smith, briefed the Cabinet’s national security committee yesterday morning before summoning the Israeli charge d’affaires in the absence of Ambassador Yuval Rotem, who is overseas, to order the expulsion of the diplomat within one week.

“Australia’s relationship with Israel has always been founded on a basis of mutual respect and trust.

“But Israel’s actions in this regard have undermined that respect and trust [and] the Government takes this step much more in sorrow than in anger or retaliation.”

The investigation included a visit to Israel this month by ASIO director-general David Irvine. It concluded that there was no evidence to suggest the Australians whose passports were faked were anything other than innocent victims of identity theft.

“Secondly, the passports in question were deliberately counterfeited and cloned for use,” Smith said. 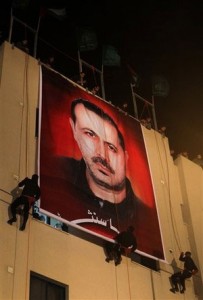 “The high quality of these counterfeited passports points to the involvement of a state intelligence service.

“Thirdly, these investigations and advice have left the Government in no doubt that Israel was responsible for the abuse … of these passports.”

Smith said no Government could tolerate the abuse of its passports, especially by a foreign Government, nor the abuse of the personal details of Australian nationals.

He said it had been made clear that Canberra regarded the counterfeiting of the passports as inconsistent with the friendship and support provided by successive Australian Governments since the foundation of the state of Israel in 1948.

But Smith said Canberra expected that the bilateral relationship with Israel would continue in a “mutually productive and beneficial manner”.

The relationship reflected a joint commitment to freedom, security and democracy, and Australia remained a firm friend of Israel.

“We expect this and future Israeli Governments to ensure that this incident is not repeated.”