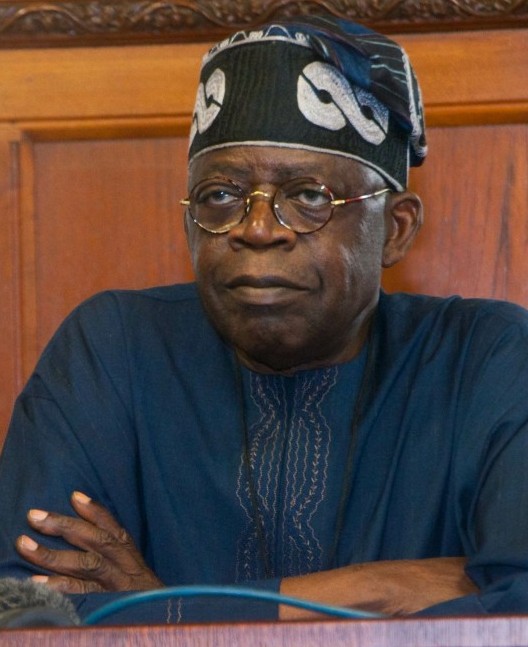 Tuesday elections of Dr. Bukola Saraki as Senate President and Mr. Yakubu Dogara as House of Representatives Speaker tipped in their favour on account of the intervention of top businessmen, high-profile investors, and some ex-Ministers in the administration of former President Goodluck Jonathan, it was gathered yesterday.

The plots were hatched in Port Harcourt, Lagos, Abeokuta, Abuja and Ilishan, Ogun State by four serving governors and seven ex-governors in what a source described as a bid to “decimate APC National Leader, Asiwaju Bola Tinubu.”

An influential Emir was also involved in the anti-Tinubu campaign, according to sources. The monarch had first sought Tinubu’s support for Saraki’s bid in a move he described as “politically strategic” for the future of Nigeria.

Sources said that although Saraki had aspired to lead the Senate as a “mere political game which anyone could win,” the contest attracted vested interests because of the anti-corruption agenda of President Muhammadu Buhari.

Some oil barons, especially those indicted in the subsidy scandal, high-net worth investors, and top businessmen were said to have found it difficult to reach out to Buhari.

They decided to form a ring around the new President by hijacking the National Assembly through which they believe they could checkmate and frustrate any anti-Jonathan policies initiated by the Buhari government.

It was learnt that the affected businessmen, some of whom benefited from curious waivers, concessions and unmerited subsidy funds, had reached out to Tinubu to assist them to appeal to Buhari for soft-landing on ongoing investigations but the ex-Lagos State Governor declined to intervene.

One of those whose investment was linked with the missing $20billion oil cash personally begged Tinubu who insisted that any financial infraction must be punished.

The high-class businessmen were said to have found allies in four serving governors, seven ex-governors who allegedly have a political axe to grind with Tinubu.

With the support of a top APC leader eyeing the presidency in 2019, it was agreed by the amalgam of forces to “cut Tinubu to size” by taking over the National Assembly.

The plot of the aggrieved businessmen was buoyed by the fact that the ‘New PDP’ elements in APC felt “sidelined” in the scheme of things by not getting any of the top posts.

Three highly-placed sources gave a rare insight into the intrigues behind the election of Saraki as Senate President and Dogara as House Speaker.

A former governor said: “The coup against APC in the Senate assumed a magnitude which Saraki and Dogara did not imagine. What appeared as a mere aspiration turned into hi-wire politics and business intrigues. These aspirants did not expect that the race for Senate Presidency and House Speakership would turn into a big project that would threaten the fabric of the APC.”

A member of the Board of Trustees (BOT) of the APC admitted that some serving governors and former governors in the new governing party participated actively in the plot.

The BOT member said it was shocking that those initially thought to be Tinubu’s loyalists were among the aggrieved APC governors and ex-governors.

The source added: “Little did the undiscerning observers of the power play know that some of the APC leaders, especially those who have succeeded in forming a ring around President Muhammadu Buhari, were a party to the plot. They have since been shedding crocodile tears to give an impression of their commitment to the party’s tenets.They did not only support Saraki and Dogara against the candidates of their party, they went as far as participating in the wooing of PDP Senators who rallied against their candidates.”

At the outset, Tinubu supported the candidacy of Senator George Akume from the same North-Central geopolitical zone with Saraki as the Senate President. Akume is a known friend of Tinubu and the president did not hide his preference for Lawan.

However, Tinubu had to withdraw his support for George Akume when presidential preference became obvious and it was made clear that the Northeast, particularly Borno and Yobe should be rewarded having been marginalized by past governments apparently because of the states’ solid support for the opposition. It was at this point that Tinubu shifted support to Lawan.

However, it became a moral burden for Tinubu to communicate the new decision to his friend. But he eventually did and encouraged him to step down for Lawan. Akume then agreed to take the Deputy Senate President slot.

Initially, he turned down the offer, believing it was the turn of the North-Central to be the Senate President, but later felt he had no option than to accept it. He said there was no need to rock the boat of the party or tamper with the peace of the fledgling administration.

Curiously, but true, certain elements in APC resolved to work against the interest of, not only their leader, Asiwaju Tinubu, but also that of President Buhari. They chose three musketeers to coordinate the project which will demystify their leader. These beneficiaries of Tinubu political goodwill held clandestine meetings on different occasions on how to outsmart both their master and the president, while giving maximum support to the candidacy of Saraki.

Part of their strategy was to invite some of the moneybags with financial baggage, who would want to curry the president’s favour to escape investigations, dis-empower Tinubu by circulating negative stories about him and thus cause disaffection between him, Buhari and some other leaders in the APC.

They also asked the president to live up to his words of ‘belonging to everyone and belonging to no one’ as a way of further boosting his soaring democratic credentials. They were also able to frame up Senator Lawan, who has been in the Senate since 2007, as a marked boy in the upper chamber

At one of the meetings held on Thursday June 4, 2015, these three musketeers and APC accomplices were said to have invited the businessmen to sell the Saraki candidacy to them, with an assurance that there would be a shield for any probe against them.

“Well, these business and financial moguls with vast interests in fast moving consumer goods, the downstream sector, banking and hospitality industry had no option than to key into the plan.

“Consequently, the three musketeers expanded their frontier, sought and got support from some members of the National Working Committee   to  further give ‘credibility’ to their action as well as convince the president of the need to stay away from Tinubu, who according to them, was becoming overbearing within the party.”

A PDP chieftain spoke extensively on how his party negotiated and benefited from the coup against APC.

He said: “Capitalizing on his past influence in the Peoples Democratic Party (PDP) and the dwindling fortunes of the party of late, Saraki and some members of the ‘New PDP’ caucus employed a former South-South governor who helped to perfect the strategy of winning other PDP Senators over for his candidacy in exchange for choice position compensations.  Saraki also brought in a South-West state governor with a promise of soft-landing.

Having been sold the possibility of negotiating with the pro-Saraki elements, the PDP elected senators saw it as an opportunity to get their pound of flesh from the APC. They also felt they could position themselves for juicy Senate committees. With 49 Senators, they resolved to demand for the concession of the office of the Deputy President of the Senate for PDP. They said once the slot was given to PDP, it would  go to the South-East”

A former top official of the Senate was then saddled with the job  of getting his colleagues together for a “retreat’ in Port Harcourt, where they did not only discuss the modalities of decimating the APC Senators but how to hijack the Senate.

The strategy included inviting some of those involved in the fuel subsidy fraud to back them financially with a promise to ensure that President Buhari would not be able to pursue their matter. The financiers were assured that no such probe would see the light of day because some forces around the president were also with them in the game.”

The Port Harcourt meeting resolved that in order to ward off any suspicion, they would continue to discuss with Tinubu and other APC NWC members, selling them a dummy that PDP Senators would support the APC candidates for both Senate and House of Reps in order to ensure a peaceful reign in both houses.

The mafia fell for the proposition and supported the execution of the Saraki-for-Senate-President project. The expensive presidential suite on the 10th floor of the Transcorp Hilton Hotel in Abuja was the coordination base.

And in order to make it appear that their party was carried along in the scheming, the PDP Senators briefed a former Chairman, Board of Trustees of PDP and enlisted his and the entire party’s support for them to go along with the Saraki team.

The ex-BOT chairman, however, advised PDP senators to meet the Sunday night before the election to put the matter to vote in order not to betray one another. Of course the idea received a unanimous voting both as a result of anti-Tinubu agenda and the joy of watching the ego of the APC deflated on Tuesday.

“When Tinubu learnt of the Port Harcourt meeting and all that transpired, he met with the former official of the Senate who dismissed the plot as a mere rumour and that APC should take the promise of the PDP Senators to the bank. Well, they did and the rest is now history.” Sources said last night that Buhari had “uncovered” the plot and was weighing his options.

A presidency source added: “This discovery made one of the spokesmen of the President to come out strongly against the ‘coup’. The spokesman was able to give the mindset of the President about what transpired. What happened embarrassed Buhari and he has been trying to intervene to broker peace and ensure reconciliation.”

The source further said that the President is determined to implement his reform agenda, bring to book all those who soiled their hands in the last dispensation.

The source added the new leadership of the National Assembly would not deter him from pursuing his goals. “Did former President Olusegun Obasanjo not live with a hostile senate under the late Chuba Okadigbo and adversarial House of Representatives under ex-Speaker Ghali Na’Abba? Why do corrupt businessmen think that they can escape justice by controlling the National Assembly?”