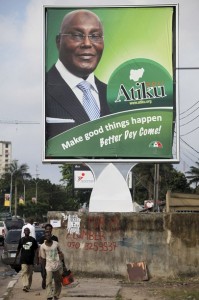 A group of influential northern politicians in Nigeria’s ruling party said on Monday they had agreed on a consensus candidate to challenge President Goodluck Jonathan in the party’s primaries ahead of elections next April.

The emergence of a single candidate from the north to challenge Jonathan, a southerner, for the People’s Democratic Party (PDP) nomination will make his battle to win elections in Africa’s most populous nation all the more difficult.

The PDP’s dominance in Nigeria means its candidate will be almost certain to win the election.

“I am profoundly grateful to the other aspirants … Their decision to abide by the decision of the consensus committee is a further testimony to their patriotism, honour, service and selflessness,” Abubakar said in a statement.

“I will continue to count on their support in the campaign to win the PDP primaries and the 2011 president election.”

Babangida’s campaign team congratulated Abubakar and pledged to abide by the agreement, which it said was “historic”. There was no immediate comment from Saraki or Gusau.

As the incumbent, Jonathan is considered the front-runner in the primaries but his candidacy is controversial because of an agreement in the PDP that power should rotate every two terms between the mostly Muslim north and largely Christian south.

Jonathan is a southerner who inherited the presidency this year after the death of the northern president, Umaru Yar’Adua, who died part way through his first term.

Jonathan’s supporters say he was elected on a joint ticket with Yar’Adua and can complete what would have been the second term. His opponents say only a northerner can succeed him, leaving the ruling party divided.

Analysts said Abubakar’s ability to unseat Jonathan at the primaries could depend on whether the consensus on his candidacy holds. He will also need the broader support of northern state governors in the PDP if he is to mount a successful challenge.

Ciroma said in a statement all of the northern contenders had pledged to stand by the decision.

“We have been reassured by all of them that they will work together to enable Atiku Abubakar to clinch their party’s ticket in the presidential primaries,” Ciroma said.

Abubakar, a Muslim from the northern Hausa ethnic group who was vice president under Olusegun Obasanjo from 1999 to 2007, was one of the founding members of the PDP but his history in the party has been chequered.

He left the party after falling out with Obasanjo in 2006 and ran unsuccessfully for president as the opposition Action Congress candidate in the 2007 polls won by Yar’Adua.

“Out of the four candidates he is widely seen to have the most extensive network of support both in the south and north which was probably what tilted the decision in his favour,” said Kayode Akindele, a director at Lagos-based consultancy Greengate Strategic Partners.

“It will be interesting to see how strongly the other candidates rally behind him and should make for a titanic contest with President Jonathan in the January primaries.” 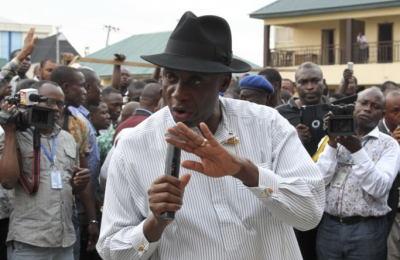