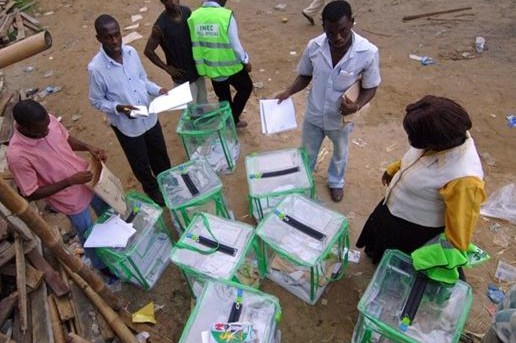 Nigeria has rescheduled its presidential election to April 9, a week after legislative polls, electoral officials announced Tuesday after lawmakers approved constitutional changes allowing for a delay.

Nigeria had been due to hold a presidential election in January but the country’s election agency, under intense pressure to organise a credible vote in a country with a long history of fraud, asked for more time to prepare.

“The dates … for the presidential elections … will be on the 9th of April, 2011, for the governorship and state assembly elections, this is scheduled for the 16th of April 2011,” said Attahiru Jega, the chairman of the Independent National Electoral Commission (INEC).

Jega told a news conference the presidential vote will be preceded by the national assembly elections a week earlier on April 2.

The vast west African country has been notorious for electoral violence and fraud.

The last national polls in 2007 that brought former president Umaru Yar’Adua to power with his running mate Goodluck Jonathan were judged deeply flawed by local and international observers.

Run-offs, if needed, for the presidential and governorship polls will take place within seven days after the release of the results.

Voter registration will be conducted over two weeks starting January 15 through 29.

Jega and his staff face a monumental task of putting together an entirely new voter list in the country of 150 million people, Africa’s most populous nation.

Jonathan has pledged a free and fair vote. A Christian from southern Nigeria who took over in May after Umaru Yar’Adua’s death, Jonathan says he will run in the election.

But he will have to face another former vice-president in his ruling Peoples Democratic Party’s primaries after Atiku Abubakar emerged as a consensus candidate of the mainly Muslim northern politicians.

Jonathan’s interest in the race has become an issue of contention as an unwritten party policy has long dictated that it rotate its candidates between the Muslim north and predominantly Christian south every second term.

The policy serves as a way of smoothing over ethnic, religious and social divides in the vast West African country.

Since Yar’Adua, a Muslim, died before his first term was up, some argue that it’s now time to choose another northern candidate.

The electoral commission has ruled that party primaries be concluded by January 25 next year.

Nigerian elections had traditionally been held in April, but earlier this year, the country’s parliament chose to have them moved forward.

The stated reason for having initially moved the vote to January was to allow more time for electoral disputes to be resolved in court before the swearing-in date of May 29.

* Run-offs for presidential and governorship elections, should they be needed, will be held within 7 days of the
announcement of the respective election results.
* This timetable supersedes the earlier schedules of activities issued by INEC

Jonathan passes vote of confidence on Jega despite failed election