Home OPINION Goodluck Jonathan: The Destroyer Or Saviour Of Nigeria? 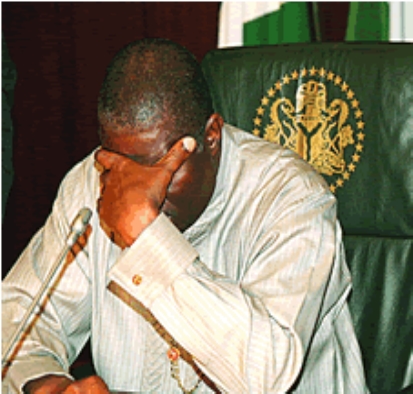 Goodluck Jonathan: The Destroyer Or Saviour Of Nigeria?

I am sad and troubled for our nation. I just cannot sleep when I consider the amount of innocent blood that has been spilt in the 24 hours before I wrote this piece. Kano, Bayelsa, Bauchi….it goes on and on. So much blood, so much hate, so much division and so much destruction. And at the end of it all, just in the space of one afternoon, Nigeria’s second largest city of Kano has been brutally raped and violated and no less than 260 innocent and defenceless Nigerians have been butchered mercilessly in broad daylight and are now lying dead in the mortuary or the cemetery.

Many bodies are still lying under the rubble undiscovered and unrecognised even in death. I am convinced that there is only one thing left for President Goodluck Jonathan to do if he wants to turn the tide of public opinion that is mounting against him and if he wants to save himself, save his government and save Nigeria. He must find the courage to convene a Sovereign National Conference of the various nationalities that make up the geographical expression called Nigeria in which the terms and conditions of our continued union will be fully renegotiated. If he can do this quickly and if he can pull it off successfully his image will be redeemed and his name will be carved in gold in Nigerian history forever despite all that has happened in the last two years. If he does not do this the Islamist slaughter, the sectarian bloodshed and the inter-ethnic mayhem will just continue, his government will eventually fall and Nigeria may well break up in the process. Mark my words.

Depending on the choice that he makes he will either be known as the saviour of Nigeria or her destroyer. May God guide our President and cause him to make the right choice. When I first made this suggestion about the convening of a Sovereign National Conference on my facebook page many asked why it was that the government of President Olusegun Obasanjo, which I served, did not convene a Sovereign National Conference at that time and why I didn’t support such a course of action then. My answer to them was as follows. A few of us most certainly did push for a Sovereign National Conference when we were in power. Some of us in that government, including Chief Akin Osuntokun, Professor Julius Ihonbere and a few others pushed for it very hard but you know very well that essentially President Olusegun Obasanjo is a conservative and he resisted it. As a matter of fact that is what qualified him and that is why he could be trusted with power and the job of President in 1999 by the northern power-brokers that brought him out of jail and put him there. They knew that they could trust him not to let them down and not to do what they did not want. And what they did not want was a Sovereign National Conference because they saw it, wrongly in my view, as a precursor to a break-up of the country.

The Yoruba nation, on the other hand, has been pushing for an SNC since 1993 and the June 12th annulment and many of our people were killed over the years in the pursuit of that noble cause. Again when OBJ’s government was in power every single one of the 6 zones in the country endorsed the call for an SNC except for the north-west and the north-east. That was 4 for it and 2 against it. Yet OBJ would still not do it. Instead he listened to the objections of the two core-northern zones and came up with that celebrated and famous quote that ”we cannot have two sovereigns at once” and that ” the Nigerian people have given their sovereignty to me through my mandate and I will not relinquish it to any conference”. Of course some of us, including me, took him up on that publically and we disagreed with him openly. My leader and my boss and the man that I still consider to be the father of our nation, President Olusegun Obasanjo, with the greatest respect, just didn’t get it then and perhaps he never will. We discussed this matter with him privately on many occasions and he resisted the idea but with the recent developments in our country I am sure that he wished that he had listened to us at that time. When we joined his government in 2003 there were many of us that had been NADECO men who urged him to find the courage to call the SNC but the man regarded us as dangerous radicals and he felt that we just wanted to break up Nigeria. Well he was wrong, we were right and history has proved this to be so. If we had had this ”sovereign” national conference long ago we would have had a better, stronger, restructured and more united Nigeria by now which would have been a true reflection of the will of the people. We would also have had either a true federation or a confederation.

We would not have still had what is in real terms essentially a unitary government with a Federal facade and we would not have still been busy killing ourselves over the little crumbs that we get from the federal table.
The reason that it was not so urgent when OBJ was in power, despite the fact that even then most Nigerians wanted it, was because religious and sectarian violence and ethnic and fratricidal butchery hat we see today did not exist at that time. Our government was able to contain the violence and threats of the Niger-Delta militias, the OPC, MASSOB, the Egbesu Boys, the Bakassi Boys, the Arewa Youth Congress and the core northern pro- Sharia lobby through a firm and strong ”no-nonsense”-style of leadership and we did not have to deal with a vicious and extremely violent, well-funded and well organised islamist sect with an Al Qaeda-style agenda like Boko Haram at the time. Sadly now we do and we are on the verge of a monumental disaster and violent breakup of the country simply because our President is weak, indecisive, inexperienced and he does not have the guts to crush the internal enemy or the ability to protect the people. Worst still Boko Haram and those that secretly support, arm and fund them have made it clear that they are at war with the government, with the security agencies, with CAN, with Christians and with Muslims that do not share their extremist views and or espouse their vicious brand of Islam.

They have also said that they want a northern Nigeria which is free of Christians, which is free of western education, which has an Islamic fundamentalist/Taliban-style government and which practices full Sharia law. They are not just demanding for this but they are also waging an open and terrible war and what is essentially a form of ethnic cleansing and genocide against a section of the people of northern Nigeria in order to achieve it. If we had a conference such demands could be put there peacefully assuming that is what the people of the core north really want. Other regions and zones also have their legitimate demands which should and would also be considered. The Niger-Deltans want resource control and derivation as a principle for revenue allocation, the Yorubas want regional police and armies, the Igbos want to live in a country where they are not considered as second class citizens anymore and where their people are not killed like chicken, the Middle Belt want to be emancipated from the core north and we all want guarantees that Nigeria remains a secular state where no religion lauds it over the other and where we can all practice our respective faiths without being marginalised, killed, bombed or persecuted for it.

The list of aspirations and demands of the various nationalities go on and on and these old soars and wounds are now festering and making us all bow in pain. The fact that they have not been treated is slowly killing our nation because no government has seen fit to address these issues once and for all and actually muster the guts to answer the all-important ”nationality question”, or as some prefer to call it the ”national question”. Most importantly when President Obasanjo’s government was in power Nigeria was still regarded by most Nigerians as a place where they all wanted to remain as one. Today that feeling is not as pronounced, national unity and cohesion has been badly eroded and we are more divided as a people than we have ever been before. The need for a Sovereign National Conference is more relevant and obvious today than it has been at any other time in our history. We will either answer it or convene one expeditiously or eventually two or three of the ethnic nationalities that are badly aggrieved in this country will not wait any longer and they will attempt to secede.

This will be resisted by the rest of the nation and that will lead to a civil war that will last for no less than 50 years. We must avoid that at all costs and we must acknowledge and appreciate the right of the various nationalities and peoples that make up present-day Nigeria the right to secede and to self-determine if that is what they really want. If we want Nigeria to remain together it must be in everyone’s interest that this is so, no-one must be made to feel like a slave to anyone else, everyone must enjoy the right and privilege to rule the country without being threatened simply because they are not of the right faith or ethnic stock and the terms and conditions of our union must be properly negotiated and agreed upon. The truth is that Lord Lugard’s Nigeria, which was a forced amalgamation of incompatibles in 1914, is long dead and things can never be the same again in our country. We either settle these fundamental issues by talking about it around a table at a Sovereign National Conference whose findings and resolutions would be binding on ALL our people or we will eventually settle it with bullets and bombs. Sadly this is the reality that we must face and accept.

2 thoughts on “Goodluck Jonathan: The Destroyer Or Saviour Of Nigeria?”