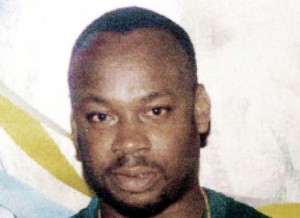 Reuters - Thirty-one people, 28 of them civilians, have been killed in three days of violence in Jamaica triggered by government moves to extradite an alleged drug lord to the United States, police said on Tuesday.

Police Director of Communications Karl Angell said 26 civilians were killed and 25 injured in the teeming Tivoli Gardens slum of West Kingston, which heavily armed soldiers and police assaulted on Monday hunting for the wanted man, Christopher “Dudus” Coke. He was not found.

The total number of dead included three members of the security forces, which were conducting door-to-door searches for Coke on Tuesday, as bursts of gunfire still rang out in parts of the capital of the Caribbean tourist island.

The renewed search operations came a day after a full-scale military assault on the teeming slum where Coke was believed to be hiding.

The other two civilians were shot dead by suspected supporters of Coke in Spanish Town, 14 miles west of Kingston, on Monday night, authorities said.

The sharply increased death toll followed reports from residents of numerous civilian casualties during Monday’s assault on Tivoli Gardens. Some of the reports said military helicopters dropped explosives on the ramshackle district.

The violence, which included battles between police and young gunmen in the streets, erupted when suspected gangland supporters of Coke shot up or set fire to five police stations and staged carjackings and looting sprees in downtown Kingston on Sunday.

U.S. prosecutors have described Coke as the leader of the “Shower Posse,” which murdered hundreds of people by showering them with bullets during the cocaine wars of the 1980s.

The government declared a limited state of emergency in West Kingston and one other district in response to the violence, as Prime Minister Bruce Golding vowed “strong and decisive action” to restore order.

The limited emergency in Jamaica, a popular Caribbean tourism destination, was followed by more clashes and unrest, prompting the U.S. State Department to warn Americans against travel to Kingston and surrounding areas.

The violence also disrupted flights into and out of the capital’s Norman Manley International Airport as access roads were blocked on an intermittent basis by gun battles between gang members and the police.

Officials said the violence had had no impact so far on the island’s bauxite, sugar and banana-producing sectors. But some business leaders have complained of a sharp hit to tourism.

The United States requested Coke’s extradition in August last year but Jamaica initially refused, alleging that evidence against him had been gathered through illegal wiretaps.

In its annual narcotics control strategy report in March, the State Department said Coke’s well-known ties to Jamaica’s ruling party highlighted “the potential depth of corruption in the government.”