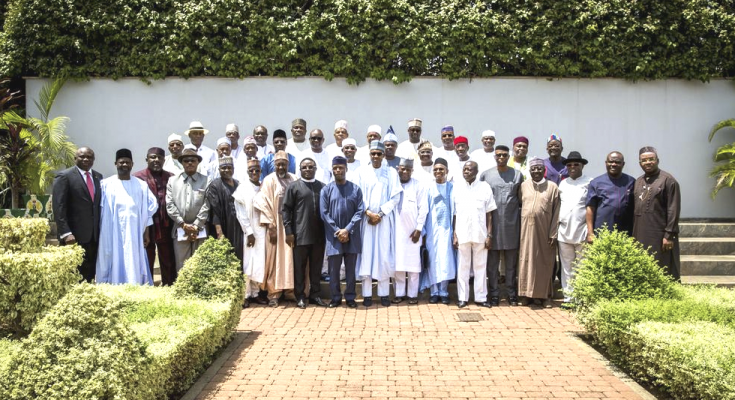 Nigeria said in 2013 it wanted to increase the amount it borrowed overseas to 40 percent of all debt over a three-to-five year period to tap into loose monetary policy in advanced economies.

Nigeriaâ€™s states are now in debt to the tune of 658 billion naira, the governor of Zamfara state said last week.

Investors are worried domestic debt has risen sharply since the end of March, and concerns about government finances, as well as the slide in the naira, are hitting markets.

Nigeriaâ€™s former finance minister said at the start of May that the government had already used half the borrowing allowance it had budgeted for as lower oil prices reduced revenues.

Abujaâ€™s funding problems and the nairaâ€™s weakness on the black market are fuelling market concerns that more domestic bonds may have to be sold, raising the cost of borrowing.

Nigeria rebased its gross domestic product statistics last April, almost doubling the size of its economy to more than $500 billion, Africaâ€™s biggest. However tax collection as a percentage of revenue is a paltry 6 percent. 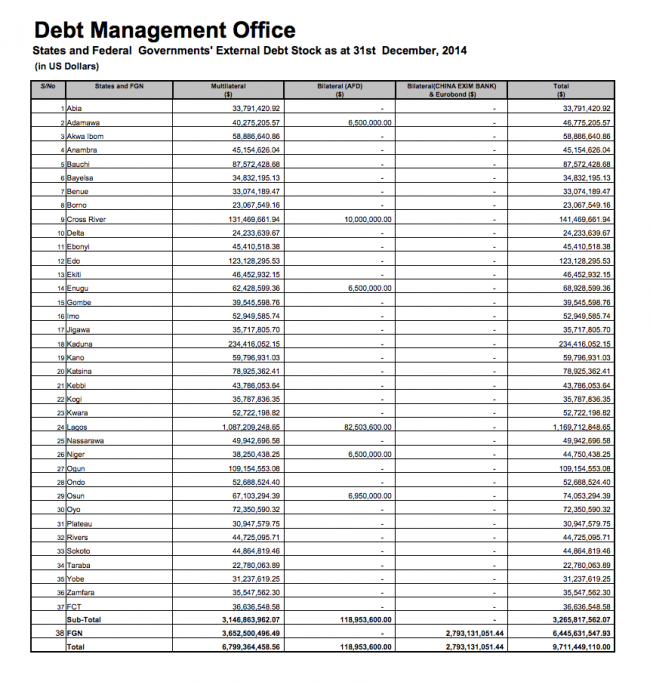