Reuters - Consumer product maker PZ Cussons expects a $56 million palm oil refinery in partnership with Singapore’s Wilmar International to be operational by the third quarter of next year, the chief executive of Cussons’ Nigerian unit said on Friday.

Christos Giannopoulos said the joint venture company PZ Wilmar will invest 100 billion naira in Africa’s second biggest economy over the next 5-7 years to develop oil palm plantations that will feed the refinery and reduce import bills.

“We are in the process of expanding our activities into oil palm plantation and creating the raw materials in Nigeria to satisfy not only our own refinery but also the growth of the sector,” he told Reuters in his office in the commercial capital Lagos, adding that Nigeria was the biggest oil palm producer in the world 20-25 years ago before Malaysia overtook it.

“Our biggest investment as being announced is with our joint venture with Wilmar, where by we are … erecting a palm oil refinery. We expect that to be in operation some time in the third quarter of 2012.”

Giannopoulos said PZ, the Nigerian subsidiary of the British soap and shampoo maker, contributes around 30-35 percent of the revenues to the group, showcasing the rising middle income class in emerging markets and strong economic growth.

He said PZ also was witnessing strong growth in Indonesia,Thailand, Ghana and Kenya.

Nigeria’s government is keen to diversify its economy away from over-reliance on oil, which currently makes up 95 percent of forex earnings, and on imported goods.

Giannopoulos said he expected consumer spending in Nigeria to expand after reforms to the banking sector which boost lending to the economy and the government fixes its shambolic infrastructure.

He said sales grew 20 percent in the first quarter for the company, which has operated in Nigeria for more than 100 years. 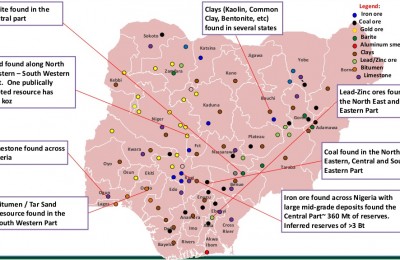 Etisalat, MTN and Starcomms sign up for new broadband cable