Home OPINION 2011: Will Nigeria give in to ‘western prophecy of doom’

2011: Will Nigeria give in to ‘western prophecy of doom’

Nigeria on the Brink?

The 2011 elections in Nigeria, scheduled for January 22, pose a threat to the stability of the United States’ most important partner in West Africa. The end of a power-sharing arrangement between the Muslim North and the Christian South, as now seems likely, could lead to postelection sectarian violence, paralysis of the executive branch, and even a coup. The Obama administration has little leverage over the conduct and outcome of the elections — and if the vote does lead to chaos, Washington may no longer be able to count on Nigerian partnership in addressing African regional and security issues such as the conflicts in Darfur, Southern Sudan, and Somalia.

Nigeria’s current political drama dates to November 2009, when its president, Umaru Yar’Adua, was hospitalized for a kidney condition in Saudi Arabia. Yar’Adua refused to comply with the Nigerian constitution and hand over executive authority to Vice President Goodluck Jonathan. The result was a power vacuum until February 2010, when the National Assembly extralegally designated Jonathan the “acting president” by resolution, even though there is no constitutional provision for doing so. In April, Acting President Jonathan attended the nuclear safety summit in Washington, where U.S. President Barack Obama and Vice President Joe Biden warmly embraced him, not least because his designation forestalled a possible military coup. In May 2010, the first act of Nigeria’s political tragedy ended when Yar’Adua died and Jonathan became the constitutional president. Now, Washington may be tempted to move its attention away from Nigeria — but that would be a mistake.

Nigeria has held three national elections since the end of military dictatorship in 1998. In 1999, active and retired military officers, along with a few civilian allies, oversaw the transition from military to civilian rule. They established the nonideological People’s Democratic Party (PDP); selected Olusegun Obasanjo, a Christian from the South, as the presidential candidate; and placed him in office with a northern Muslim vice president. An elite consensus formed around an unwritten power-sharing agreement, which dictated that presidential candidates would henceforth alternate between the Christian South and the Muslim North — a system designed to avoid presidential contests that could exacerbate hostility between the regions and religions.

With the advantages of presidential incumbency, and access to unlimited oil money, Obasanjo secured elite support for a second presidential term in 2003. Northerners reluctantly acquiesced to a rotation cycle of two terms rather than the one they had foreseen in 1999. Once re-elected, however, Obasanjo reneged on his two-term promise by attempting to run again in 2007. This bid was defeated due to public anger and northern leaders’ insistence on power sharing. Nevertheless, Obasanjo remained powerful enough to impose his handpicked candidates on the ruling party in 2007: Yar’Adua, a northern Muslim, for president and Jonathan, a Christian southerner, for vice president. Obasanjo’s chosen candidates fit the terms of the power-sharing convention, and accordingly, they took office after the 2007 election, which was marred by fraud and irregularities. However, Yar’Adua’s subsequent death and Jonathan’s presidency upended the power-sharing arrangement.

Unlike in every previous election since 1999, no elite consensus exists for the 2011 poll, nor is there an Obasanjo-like figure strong enough to impose one. Although it is still dominated by elites and their patronage networks, the Nigerian political sphere is wide open

Many in the North believe it is still their turn for the presidency, but the northern power brokers do not agree on who should be their presidential candidate. Several northern politicians, including Ibrahim Babangida and Muhammadu Buhari, both former military dictators, are running for the presidency. Other potential candidates are Aliyu Mohammed Gusau, the national security adviser under Obasanjo and Jonathan, and several northern governors. Nigerian democrats are advocating the candidacies of Nasir El-Rufai, the former minister of the Federal Capital Territory, and Nuhu Ribadu, formerly the head of the Economic and Financial Crimes Commission, the anticorruption agency. Both are seen as having the potential to restore public faith in the political system. But so long as the current elites remain the country’s political power brokers, candidates operating outside the PDP will be long shots at best.

Jonathan, with the advantages of presidential incumbency, has also announced that he will run. This could mean the presidential contest will feature one or more northern Muslim candidates opposing Jonathan against the backdrop of ethnic and religious violence in the Middle Belt, Muslim extremism in the North, and an ongoing insurrection in the oil-rich Niger Delta. In such a fraught environment, supporters of candidates might exploit religious and ethnic identities, a dangerous and potentially explosive dynamic that until now has largely been avoided.

Logistical preparations for the 2011 elections have not started. There is no voters roll, and despite the president’s signing of an electoral reform bill, some of these reforms remain unimplemented four months before the election. The election therefore will almost certainly lack legitimacy, especially in the eyes of the losers. This will further drive the country to the brink, especially if winners and losers are defined by their religious and ethnic backgrounds. There is at the moment no standoff between northern and southern leaders, at least nothing comparable to that between Robert Mugabe and Morgan Tsvangirai in Zimbabwe or between Kenya’s Mwai Kibaki and Raila Odinga in the aftermath of the 2007 elections. Nevertheless, the danger of Nigeria plunging into postelection violence is a real possibility.

The Nigerian military still regards itself as the ultimate guarantor of the state’s security, and most political elites agree. In the event of postelection sectarian violence and a political breakdown, it could intervene if the civilian government loses control. The army, given its history, could move quickly, and unlike in Kenya following the 2007 postelection crisis, there would probably be little time for the international community to try to facilitate a political settlement. Only if the military itself fragments would there be space for the international organizations such as the African Union to intervene in search of a political solution. Yet the return to power of the so-called men on horseback in Nigeria would pose special challenges for Washington, considering congressional requirements that Washington scale back contact with military governments that overthrow civilian governments. It would also be anathema to the African Union’s principled stand against military coups.

Some Nigerians are privately urging the Obama administration to intervene behind the scenes to forestall a postelection crisis. Yet intervention on behalf of one candidate could do more harm than good. If Delta militants sense that Washington is opposed to a Jonathan candidacy, and should he withdraw or lose, they might escalate their attacks on U.S.-owned oil facilities, thereby cutting off production. If, on the other hand, northern leaders see the United States as supporting Jonathan, they are likely to become even more estranged from the federal government. The North would likely see support of Jonathan as part of the perceived U.S. war on Islam.

Given these realities, what can the Obama administration do? At present, the United States enjoys significant support among Nigerians, even though it lacks the capacity to have much impact on the 2011 elections. It cannot reform the electoral commission, nor can it change Nigeria’s corrupt political economy, which is fundamental to vote-rigging efforts. It could, however, establish and publicize the benchmarks it would use to measure improvement in the electoral process. It could also focus election-related assistance on select states where polling in recent elections has been better than elsewhere; Lagos and Cross Rivers State are two such possible venues. As the elections approach, the United States must be scrupulously neutral on the presidential candidates while reiterating its call for free, fair, and credible elections.

The Obama administration should also look for ways to support such civil-society organizations as the Nigeria Bar Association, which actively works to strengthen the rule of law. The United States already provides assistance for civic groups involved in voter education and the strengthening of political parties as open institutions. That support should continue. In the event of a confrontation between the North and South over failed elections in 2011, these organizations could play a role in mitigating the worst excesses of a crisis.

Such steps by the Obama administration are worthwhile to promote the long-term development of democratic institutions. However, in the event of a bloody crisis that splits the country along regional and religious lines, neither the Obama administration nor any other foreign government or international organization will have much leverage. Faced with such a cataclysm, Nigeria’s friends should seek to mitigate the humanitarian consequences and prevent the resulting instability from spreading to other parts of the continent.

Nigerians have long danced on the edge of the cliff without falling off. Yet at this juncture, the odds are not good for a positive outcome, and it is difficult to see how Nigeria can move back from the brink. 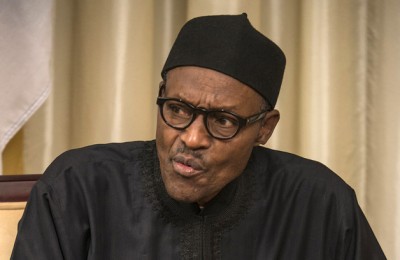 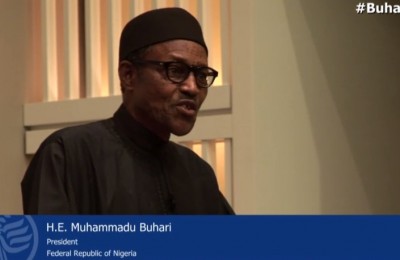