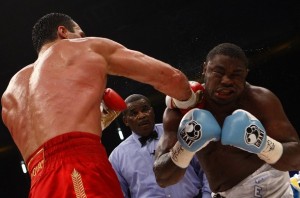 Wladimir Klitschko defeated Samuel Peter with a knock-out in the 10th round to retain his IBF, WBO and IBO heavyweight titles on Saturday, a sad day for the Nigerian who floored Klitschko three times in a bout five years ago before losing out on points.

This time in the encounter in Frankfurt, Germany, the Ukrainian champion controlled the fight sending loads of blows that sent the blood stained Peter to the canvas. Less than 2 minutes into the 10th round, Klitschko landed an uppercut and a left hook that left the Nigerian permanently down on the floor. That was the technical KO that sealed the victory for the Ukrainian. After the fight, the Associated Press quoted Klitschko thus: “He took a lot of punishment and fought until the end.. but from round two, it was clear that his game plan wasn’t working.” Former WBC heavyweight champion Samuel Peter, had reportedly vowed to knock out Wladimir Klitschko in round four in Saturday’s clash saying: “I got my own judges and referee . . . my right hand and left hook. I don’t think Wladimir will go past four rounds,” but he apparently was no trouble for Klitschko who defeated him comprehensively.

Game over for Peter A Nigerian journalist and boxing fan, Acheme Jack who said he was not surprised by the defeat suffered by Peter advised the boxer to bid bye to the game of boxing. “If I were him now I will throw in the towel and try to remain where I am and not to keep going ahead and been knocked-off all the time,” Acheme said without mincing words. The boxing fan said the Nigerian nightmare who had earlier lost to Wladimir’s brother Vitali Klitcshkco in 2008 should look somewhere else, “…although there is nothing wrong in him attempting so many times, but then If I were him I’ll look in to some other areas of the boxing that will be more beneficial.”

Lesson He added that Nigerian boxers who aspire to become champions should learn from Peter’s experience and leave when the ovation is loudest. “He (Samuel Peter) was able to win at the World Boxing Council title at a time and he lost it because he couldn’t keep the pace and he was the champion then, you can’t always continue to be a champion forever.”

TAGIBF IBO Nigerian-American Samuel Peter Showdown in Frankfurt WBC Wladimir Klitschko
Previous Post2011: Will Nigeria give in to 'western prophecy of doom' Next PostObama calls for tolerance on 9/11 anniversary 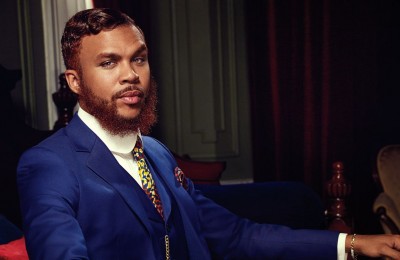 5 thoughts on “Klitschko knocks out Samuel Peter to retain titles”