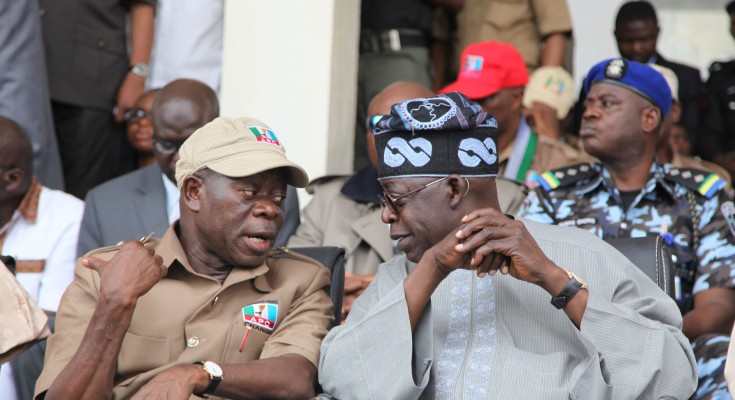 Investigations have unearthed documents which may reveal the real reasons behind the ongoing public campaign being waged by the Edo State Governor, Adams Oshiomhole against former Finance Minister, Dr Ngozi Okonjo-Iweala.

It would be recalled that within the past couple of months, the Governor has seized every opportunity to attack the former Minister based on spurious and unsubstantiated allegations.

For instance, the Governor has asked the former Minister to “explain” different sums, ranging from $30bn, $20bn, $10bn, N720bn and $2.1bn which he claims to be missing from the Excess Crude Account and other sources.

Most recently, he accused the former Minister of using $1bn from the Excess Crude Account to fund the re-election bid of the former President, Goodluck Ebele Jonathan. A charge which she vigorously denied describing the Governor’s allegation as a symptom of ‘numerical diarrhea’.

Given the volume and venom of Oshiomhole’s very personal attacks against Okonjo-Iweala, many Nigerians have wondered what his real motivations are.

Details from the documents in question indicate that the Governor may be very angry with Okonjo-Iweala because she refused to approve a loan request by the Edo State Governor before the last elections.

In a letter dated December 9 2014 the Edo State Governor had requested a ‘LETTER OF NO OBJECTION’ for the following facilities:

But all three loan requests were rejected by the Federal Ministry of Finance under Okonjo-Iweala on the basis of expert analysis and guidance by the Debt Management Office which observed that the loans would be inappropriate and run contrary to the existing guidelines. The Minister felt strongly that the requests if approved could put Edo State in a very difficult position.

The first reason for the Minister’s decision to decline the request was that it was wrong for the State Government to take a commercial loan and pay it back through a World Bank disbursement which Edo State was expecting.

The Minister through the DMO communicated her reservations that using a concessional World Bank facility with a 25 year tenor and a five year grace period at 1.25% interest rate to pay for a commercial bank loan of 23 months tenor and 18% interest rate was not only irregular but was not economically sustainable. In fact, World Bank rules do not allow the use of the institution’s facilities to offset commercial loans.

But the Minister did not just reject the application but actually offered some other solutions including borrowing a smaller amount through a 5 billion bond with a lower interest rate than a bank loan. But Oshiomhole rejected this option.

The interesting thing is that Edo state is not the only state whose loan applications were not approved by the former Minister. Several other states also had their applications rejected based on the results of the debt sustainability analysis done by the DMO. In some cases the applications were not in line with extant rules and procedures.

Governor Oshiomhole’s repeated attacks against Okonjo-Iweala indicate that he took the Minister’s rejection of the application very personally.