The Nigerian government has condemned targeted fatal attacks on African immigrants, including Nigerians, in the Durban region of South Africa and has called on the South African authorities to take adequate steps to protect lives and properties of foreigners.

The attacks on foreigners, particularly Africans, which began about two weeks ago has caused the death of five people and the displacement of over two thousand people. Foreign-owned shops in Durban were looted while their owners took refuge at police stations.

Nigerian shop owner Sharif Danis told the BBC that the South African government need to do more to protect lives of foreigners. “The way it is now, we are worried and scared” he said.

Hon. Abike Dabiri, Chairperson House of  Representatives’ Committee on Diaspora, suggested that the Nigerian government recall its High Commissioners to South Africa and move fast to save Nigerian lives

“In the interest of the welfare and lives of Nigerians in South Africa. The action must be taken immediately. We can’t afford to see Nigerians killed.” she said.

The Nigerian High Commission in Pretoria has set up an emergency contact team to coordinate and assist Nigerians in parts of South Africa who are might be in danger or wants to go back home. Affected Nigerians call or send a short message to 063-2873-178 indicating person’s name and location.

“We are requesting those who come from outside to please go back to their countries,” Zwelithini said. “The fact that there were countries that played a role in the country’s struggle for liberation should not be used as an excuse to create a situation where foreigners are allowed to inconvenience locals.”

On friday, South Africa’s  Mail & Guardian reported that King Zwelithinie will be meeting with local chiefs and officials to ease tensions caused by his inflammatory remarks and find ways to stop attacks on foreigners.

Are you a Nigerian living in South Africa? Have you been affected by the recent attacks and protests? You can share your experiences by emailing [email protected] 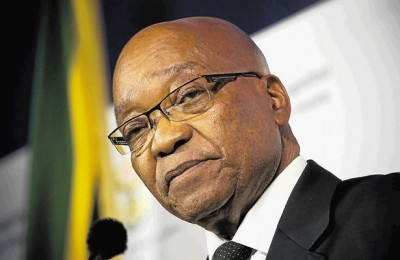