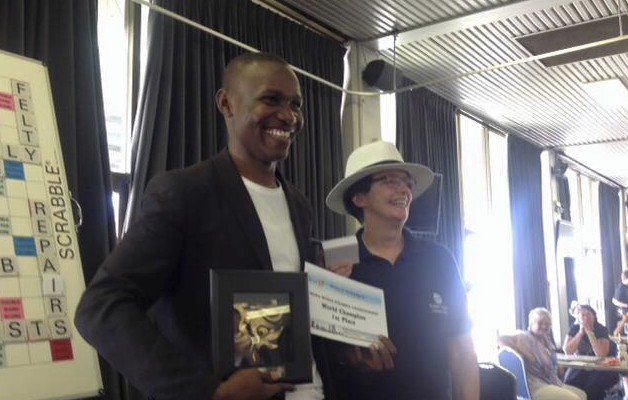 About 450 Scrabble players came from around the world to compete in the tournament that has seen its first African player crowned the champion.

Jighere took on dark horse Lewis Mackay, 30, from Cambridge, England, in the final round of the competition after many heated rounds of competition.

Jighere’s good luck charm was a cowboy hat that he wore as he played and won the final game with 448 points to Mackay’s 426.

Gainlier, avouched and guiro were among the words used in the final game.

The highest-placed Australians were Craig Beevers, who came in ninth, Russell Honeybun in 31st place and Daniel Piechnick in 55th place.

The current world number one is New Zealand player Nigel Richards who placed eighth in the competition.