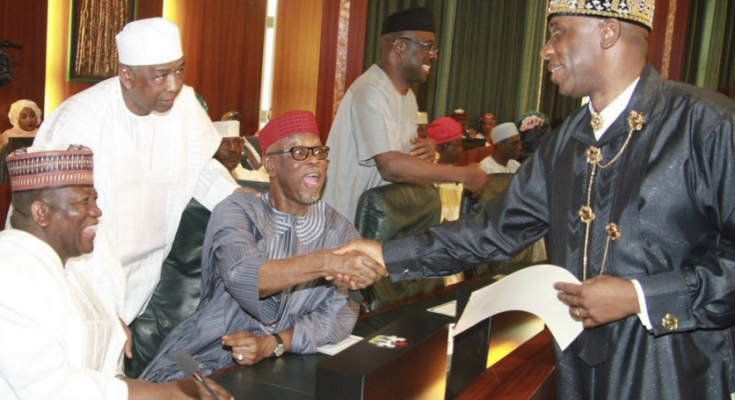 The Rivers State Chapter of the All Progressives Congress (APC) Thursday morning congratulated its leader, Rt. Hon. Chibuike Rotimi Amaechi, on his appointment as Minister of Transport but hastened to direct his attention to issues that need his urgent attention as the man saddled with running the strategically important ministry.

“We heartily congratulate our leader on his meritorious appointment as Honourable Minister of Transport while at the same time extending our heartfelt gratitude to President Muhammadu Buhari for his confidence in Amaechi. We wish to assure Mr. President and all Nigerians that Amaechi, who has a track record of performance, will deliver even beyond expectations if given the necessary cooperation,” Rivers APC said in a statement signed by the Chairman, Dr. Davies Ibiamu Ikanya.

Drawing Amaechi’s attention to some of the most pressing problems that deserve his attention, Rivers APC noted that he is assuming office as Minister of Transport at a time when the Port Harcourt International Airport is rated as the worst in the world and the Nnamdi Azikiwe International Airport, Abuja, the seventh worst on the African continent, while the Murtala Muhammed International Airport, Lagos, is ranked 10th worst on the continent. “This is not acceptable to us and we wish that Amaechi quickly corrects this shameful anomaly imposed on us by the immediate past visionless administration of Dr. Goodluck Jonathan and his misguided Peoples Democratic Party (PDP),” the party said.

The party appealed to all Rivers people and the entire Nigerian population to accord Minister Amaechi all the support and prayers he needs to enable him translate his magic wand exhibited at the state level to the national level for the benefit of all Nigerians. It equally congratulated the 35 other ministers and called on Nigerians to give them every needed cooperation to deliver and make Nigerians feel the positive change promised by APC.