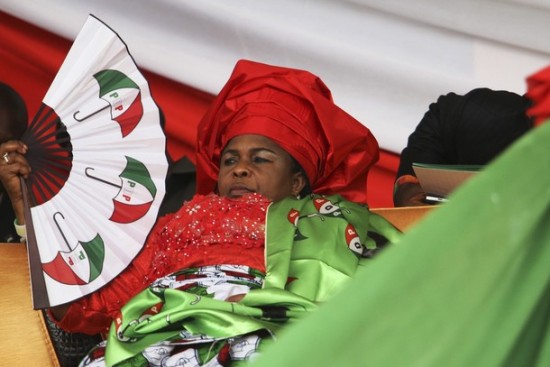 Former First Lady, Dame Patience Jonathan, deserves the humiliation she suffered last week when she was denied access to the Protocol Lounge of the Port Harcourt International Airport, the Rivers State Chapter of the All Progressives Congress (APC) has said. The party in a statement issued Tuesday in Port Harcourt and signed by the Chairman, Dr. Davies Ibiamu Ikanya, berated the opposition Peoples Democratic Party (PDP) for splitting hairs over the issue.

The party said: “We read with dismay the unwarranted attack by PDP against the Federal Government over the denial of access to the Protocol Lounge of the Port Harcourt International Airport to the former First Lady, Dame Patience Jonathan. To us in Rivers State, this attack against the Federal Government is unwarranted and not necessary as Dame Patience Jonathan is merely reaping what she sewed while in power. Which Port Harcourt International Airport are we talking about? Is it the airport which Dame Patience Jonathan ensured was abandoned even as other airports whose rehabilitation was started at the same time were completed? Does the present state of the airport, which has become an eyesore, not enough reason not to allow this misguided woman any space in the airport? The sad state of the Port Harcourt Airport is one of the numerous acts perpetrated by the Jonathans to show the level of their hatred and disdain for Rivers State and her people just because Rt. Hon. Chibuike Amaechi happens to govern the State at the time she and her husbands were gods in Nigeria.”

Rivers APC also asked: “If we may ask the noisy PDP, where was the party when this woman during the lawless PDP-led Federal Government under the watch of her husband, Dr. Goodluck Jonathan, used the police to harass, intimidate and hound former governor Rotimi Amaechi and APC leaders in Rivers State to the chagrin of Nigerians and the international community? Where were they when this vicious woman used Chief Nyesom Wike, her then attack dog, to murder the rule of law through the infamous CP Joseph Mbu and heartlessly dispersed 13,200 teachers who gathered to receive their employment letters, aided the five renegade lawmakers to attempt the impeachment of the then Speaker of the Rivers State House of Assembly, barricaded and sealed the State Assembly for one legislative year and even blocked the access road to the Government House on one occasion, preventing Governor Amaechi and his visitors from using the road?”

The statement recalled that “the same lawless Dame Jonathan used Wike, who was at the time a junior minister, to order their thugs (GDI) to stone State Governors who visited Rivers in solidarity with Amaechi for the humiliation he suffered under the watchful eyes of then-President Jonathan. The same First Lady used Wike, the police and the army to forcefully break into the newly constructed stadium in Port Harcourt just to prove their powers.”

The party advised Dame Jonathan and PDP to stop complaining but to prepare to pay for the sins they committed against the people of the Niger Delta.

“In case they do not, know, we wish to tell them that there is something called the Law of Karma and that even the Holy Book makes it clear that we shall all reap whatever we sow,” Rivers APC said. 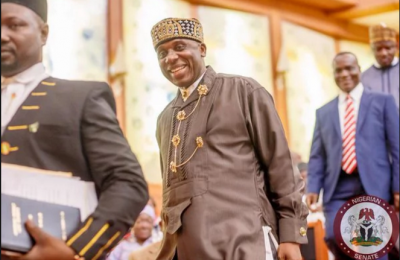 Amaechi: Tortuous Journey to the next level