The Mystical Numbers that Capture the Essence of President Barack Obama 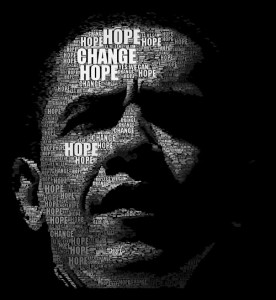 As humans, our lives are inundated with numbers since the day we are born. Numbers, whether we adore or abhor them, are attached to just about everything —birth dates, nuptial dates, phone numbers, home numbers, Social Security numbers, bank account numbers… and the list goes on.  Because our lives revolve around so many numbers, we pay little or no attention to the frequencies of occurrence of certain numbers in our lives.  In some fields, notably statistics and social research, the value that occurs most frequently in a distribution (the mode) is accentuated.  The mode is one of the three data elements used by social researchers in measures of central tendency, often referred to as the “typical” or the “essence” of a distribution.

Numbers do not generally speak for themselves; we have to speak for them.  Numerologists admit that numbers are a part of our lives and define who we are.  The good news is that in every culture, strengths and talents are individually symbolized by a number, which provides metaphysical meaning. For example, “1” means we are going to be successful in life, creative and ambitious and have great potential for success.  In Chinese culture, the number “6” is the most loving of all numbers; because it‘s the largest number on a die, it is considered a lucky number. Followers of the number “6” exhibit certain traits including being service providers, people-pleasers and legends, selfless, charismatic and charming.  Just like the mode is very helpful in the measures of central tendency, through the appearance of a repetitive number in President Barack Obama’s life we can harvest the type of person he is and what kind of a leader he will be.

As an avid reader of biographies and biographies, I have learned about all kinds of people, places and times. For many people, numbers are the basic foundation of their lives and their future.  President Obama’s history and life events provide a framework for this theoretical perspective. No previous United States president has had his life surrounded by certain spirited numbers like Obama. After reading his life history, I began to notice incredible patterns among a select set of numbers that, quite uncannily, continued to appear on this man radar screen. These numbers are imbedded in birth dates, in numbers associated with his parents, with significant dates in his political career, and much, much more. In short, these numbers give us a unique insight into the first African -American president of the United States.  They tell us much about what kind of a person he is, how he got to where he is now at the pinnacle of power. They are a strong indicator of what kind of a leader he will be.

There is an astonishing but largely unobserved phenomenon in the life journey of Obama that makes him unique from other U.S. presidents, apart being the first African-American president of the United States. Every chapter in his life is colored with a set of four unique numbers, which I find inimitable and fascinating. Most striking of all, perhaps, is the mathematical or arithmetical distributions of these mystical numbers, two of which are “composite” numbers, one which is a “prime,” and one which is neither a “prime” nor a “composite.” Each mystical number follows Obama at different stages of his life.

The number “6” is one of the two mystical numbers that Obama inherited from his parents and defines who he is. Let us briefly explore the genesis of the number “6” that walked Obama to the White House. President Obama’s late father, Barack Hussein Obama Sr. was born in 1936. Stanley Ann Dunham, Obama’s mother, was born in 1942- 6 years later. Obama was born 6 months after Ann and Barack tied the knot and was given a 6 letter baby name—Barack.  In the end, the elder Barack lived for 46 years (1936-1982) and Ann lived for 52 years—6 years difference in lifespan. Regrettably, Obama’s maternal grandmother, Madelyn lee Dunham, died at the age of 86 (1922-2008). All three of them died in the month of November, the same month Obama won the 2008 presidential election.  If Stanley Ann Dunham was alive she would have locked 66 years in November 2008, when her son was elected the first African-American president of the United States.

Did Barack Obama Jr. have the premonition that he would become the president of the United States? While residing with his family of orientation at 16 Haji Ramli Street in Jakarta, Indonesia, he wrote an essay that he would like to be president, and today President Obama resides with his family of procreation at 1600 Pennsylvania Avenue, Washington, D.C. as the President of the United States. The number “6” also trailed Obama to his doorstep. The last number of his home address prior to moving to the White House is 6, which makes us marvel whether Obama is following the number “6” or the number “6” is following him.

Obama’s personal life is also engulfed with the number “6.” Height is an important factor that influences how people are perceived. Does height matter in U.S. presidential politics? The answer is a reverberating “yes.”  The taller of the two major-party candidates win most of the time. Interestingly enough, Obama’s height is close to the largest number that keeps on appearing his life path. He is 6ft 1.6ins tall.  He joins the league of other tall presidents. He is the ninth tallest president of the U. S.  Obama is the 6th leftie president since the World War 11. Other presidents belonging to the leftie club were Harry S. Truman, Gerald R. Ford, Ronald Reagan, George W. Bush, and Bill Clinton. Obama is also the 6th democratic president with no military experience. Other Democratic presidents with no military experience were Martin Van Buren, Grover Cleveland, Woodrow Wilson, Franklin Roosevelt and Bill Clinton.

President Obama’s political life is engulfed with the number “6”. In 1996, he won the race for Illinois state senator. He was sworn in1997 at the age of 36, 6 years after graduating form from law school. Did Obama take his lucky number into consideration in announcing his candidacy for president of the United States at the age of 46?  Why did Barack Obama pick Joseph Robinette Biden Jr., who had served 36 year in the U.S. Senate as his running mate? The number “6” also trailed Barack Obama during the primary and general election. The results of the general election were embedded with the number “6,” suggesting, among other things, that Obama was the “model choice” of Americans.  On November 4, 2008, American people ignored all the political pranks and negative attacks from Obama’s opponents and voters vacillatingly changed the complexion of America political landscapes. Barack Obama won the 56th consecutive quadrennial election in the United States by 364 electoral votes. As of Election Day, Obama won the November 4, 2008, Presidential election with 66 million popular votes.

The number “6”, Obama’s lucky number, walked him to the White House. Most striking of all, perhaps, was the percentage distributions of those who voted for Barack Obama: 68% of 18-24 age group, 69% of 25-29 age categories, 67% of Latinos, 67% of Asians,63% of voters with no high school education, 56% of female, 96% of African American and  66 % of other Americans. The oldest voters, Sister Cecilia Gaudette and the late Ann Cooper, were both 106 years old when they cast their votes for Obama during the November 2008 general election. Cooper was, in fact, the oldest African-American to vote for Obama.

Obama is probably the first president of the United States to have his life path centered on certain numbers. Most U.S. presidents are known for their “power of words” and other social attributes. Obama is blessed with both the “power of words” and the “power of numbers.” The dates, years and events presented within this work are riddled with the appearance of one particular number, “6.” Through the repetitive appearance of the number “6,” we can glimpse not only who Obama his but where he will lead us to in the future. According to the experts in the meaning of numbers, those following the number “6” life path tend to have a great need to feel indispensable to others. These selfless individuals believe that they should share the burden of others as they proceed on their life’s journey. Followers of the number “6” are not afraid to assume responsibility or take charge of thorny situations or take charge of difficult situations.  As children, these natural born leaders usually flaunt astuteness, valor, and self-control beyond their age.

Whether President Obama is conscious of his four life path numbers or whether he uses them to make important decisions is a moot point. Knowing that the first African-American president of the United States is mystically unique in many respects could change the way people come to understand him as well as impact those in the future who would strive for his same ideals.

Bob Adebayo, Ph.D., is director of institutional research at the University of Central Missouri. This essay is adapted from his most recent book, Barack Obama by the Numbers: Uncovering the Life Path Numbers of a President. The tome presents a different slant of presidential biography by tracing President Barack Obama’s many personal attributes and life events in light of four particular numbers that show up in his life story time and time again.