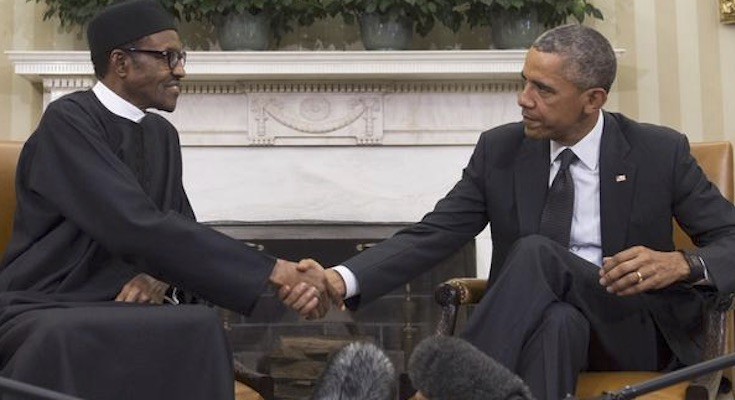 Nigeria’s president Muhammad Buhari has vowed to recover more than 150 billion dollars stolen by public officials at the national level since 2005. In an op-ed for Washington Post, Buhari writes that he is determine to put in place frameworks that will guide his government on good governance and the management of Nigeria’s resources.

“The fact that I now seek Obama’s assistance in locating and returning $150 billion in funds stolen in the past decade and held in foreign bank accounts on behalf of former, corrupt officials is testament to how badly Nigeria has been run. This way of conducting our affairs cannot continue,” he wrote.

This new information suggests that Buhari may probe previous governments, including that of Chief Olusegun Obasanjo (1999 -2007) and Umaru Musa Yaradua (2007 - 2010).

The President’s spokesman Femi Adesina and Senior Media Advisor Garba Shehu, in an interview with two Nigerian newspapers, had revealed that the government will probe contracts and spending during the immediate past government led by Goodluck Jonathan. Recently, the Irish Criminal Assets Bureau (CAB) discovered former over $6.5m (€5.2m) looted by the late General Sani Abacha’s family in a HSBC bank account.

President Buhari also explains that he’s taking his time to appoint executive ministers because he wanted to study and understand situations in all ministries, and to set up performance rules that will guide the work of the new ministers who will be appointed in September.

“It would neither be prudent nor serve the interests of sound government to have made these appointments immediately on my elevation to the presidency,” he wrote. “I cannot stress how important it is to ensure that this process is carried out correctly, just as it has been crucial to first install the correct leadership of the military and security services before we fully take the fight to Boko Haram.”

On Boko Haram, President Buhari writes that “While we work to defeat the terrorists, I ask the people of Nigeria and the world for resolve and fortitude. The campaign we will wage will not be easy; it may not be swift. We should expect stages of success and also moments when it may appear that our advances have been checked.”

“Have patience. All things become difficult before they become easy,” Buhari concluded in his op-ed.