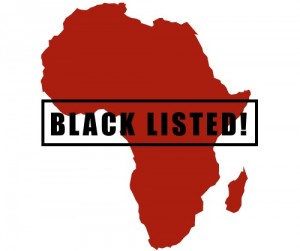 Shelby Grossman has a somewhat appalling anecdote from northern Nigeria, where she’s studying this summer:

Ah, yes, the assumption of guilt and attempted fraud until proven otherwise. It’s a strategy more and more international corporations and small businesses are using with regards to Africa-based transactions. I experienced this firsthand a couple of weeks ago when trying to check in for my Delta/KLM flights to Entebbe. Their system wouldn’t allow me to check in online or at the airport kiosks. When I finally got to the front of a ridiculously long line, I was informed that Delta requires passengers traveling to certain countries to present the credit card with which the ticket was purchased in order to be allowed to check in for the flight.

I found out later that this is because they assume that transactions involving the purchase of a ticket to Uganda are fraudulent. The burden of proof otherwise is on the customer.

As it happens, despite my purchase having been entirely legitimate, I could not present the card with which I’d purchased the ticket, because that card was compromised when someone booked a fabulous vacation on it with a company in Germany. The bank chopped up the old card into bits, as well they should have.

I could provide Delta with three photo ID’s, the card from the same account that replaced the compromised card, and several other valid forms of identification, but Delta wouldn’t have any of it. Instead, they refunded the ticket (which took 3 business days), charged it again on my new card (which, naturally, was an instantaneous transaction), and had the nerve to charge me a fee for “purchasing my ticket at the airport.”

(Have I mentioned that I hate Delta and will never fly them internationally again? Or the 22 hours they made me spend in Newark?)

The irony of all this is that Delta keeps insisting that they were protecting me. “It doesn’t feel that way,” I told them, ” when I can clearly prove my identity.”

What makes me nuts is the assumption that because I was flying to Africa, it must have been fraud. Or that Facebook and Gmail don’t believe that someone who’s been in Nigeria for a good two months now isn’t really in Nigeria. Or that no one could possibly be doing legitimate academic research on JSTOR from West Africa. Or that I couldn’t get a wireless modem remotely unlocked from the DRC because I was on a satellite internet connection. These blocked purchases or use of systems aren’t because of a block from my bank (which, of course, I called beforehand to notify that I would be here); it’s the corporations themselves that are blocking transactions before they’re allowed to happen.

Fraud happens everywhere. This kind of thinking on the part of businesses certainly reflects legitimate concerns about fraud protection. Never mind that the only international fraud ever committed using any of my accounts came not from central Africa, but from Germany.

But it also reflects knee-jerk prejudice and the willingness to write off an entire continent of people as liars and cheaters. The consequences of this attitude are far reaching, in ways as varied as the crazy TSA decision a few months back to require extra screening of all passengers associated with Nigeria to immigration rules that assume most citizens of developing countries wouldn’t want to come home to their families and homes.

Furthermore, by making it more difficult for Africans and others on the continent to conduct business, purchase goods and services, and engage with the rest of the world, international companies are setting back Africa’s economic development even further. 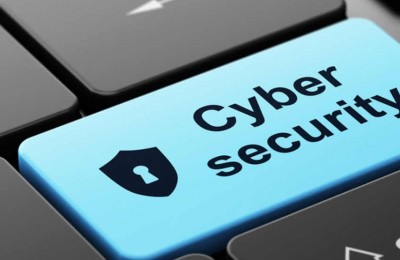 Doing business in Nigeria? What you need to know about the Cyber Crime Act, 2015

Nigeria’s failed Satellite for re-launch in 2011

One thought on “Guilty of attempted fraud until proven otherwise”