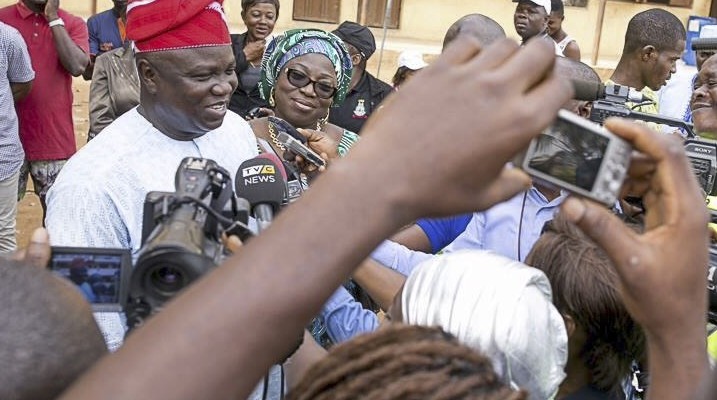 Two weeks after an historic presidential election in Nigeria that saw incumbent President Goodluck Jonathan defeated by the opposition candidate Rtd. Gen. Muhammadu Buhari, voters are going back to the polls again. This time, to elect local state officials, including governors and legislators, for a term of four years. Elections are being held in 29 out of the 36 states.

Reports from states where elections are being held indicate low turnout of voters. Election observers however commended the electoral commission for improving on the distribution of election materials and the use of voting machines.

Having lost the presidential election to the All Progressive Party, the People’s Democratic Party will be hoping to retain many of its strongholds in the southern part of the country, including an upset in Lagos.

In Lagos, the contest is between Akinwumi Ambode of the APC and Jimi Agbaje of the PDP.  Lagos is the home state of APC acclaimed national leader Bola Tinubu, who has been credited for leading a country-wide coalition that caused the defeat of President Goodluck Jonathan.

The elections are also expected to be keenly contested in Rivers, Kaduna, Bayelsa, Imo, Taraba and Cross Rivers.